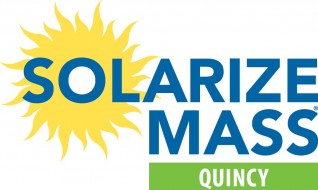 Solarize Quincy, a program that offers discounted solar panels to local residents and business owners, will launch on Tuesday, March 3 at 7pm with a public event at Atlantic Middle School. The event, called Solar 101, will introduce attendees to the financial incentives for installing solar, including cheaper electricity, federal rebates, and the group-purchasing discount that Solarize participants benefit from, says Rebecca McWilliams, Solarize Quincy’s lead organizer. They will also learn about the environmental benefits of solar power, and there will be plenty of time for audience questions.


Speakers will include a representative from the Massachusetts Clean Energy Center--a quasi-state agency that, along with the City and the Massachusetts Department of Energy Resources, is cosponsoring the program--and a representative of SolarFlair, the Ashland-based company that won a competitive bidding process to be exclusive installer for Solarize Quincy. Solar Flair was chosen from among four bidders because of their pricing, their local ties, their commitment to open an office in Quincy, and their experience as installer for Solarize programs in Newton, Brookline, Carlisle, Chelmsford, and Arlington, where they installed a total of 380 solar systems, according to McWilliams and David Reich, board chair of Quincy Climate Action Network (QCAN), who served on the selection committee. “Everyone at SolarFlair was very excited about the news, and to be given the opportunity to serve Quincy residents the SolarFlair way, with high quality workmanship and personalized customer service,” says Dan Barnett, residential sales manager for the installer.


By June 30, when Solarize Quincy ends, McWilliams hopes to have increased the number of solar installations in the City by 200, she says, reducing Quincy’s reliance on fossil fuels and its contribution to climate change. Plans to publicize the program go well beyond the kickoff meeting. Volunteers from QCAN will be signing people up to have their houses assessed for solar panels at community events such as the Lunar New Year Festival on March 1.  Solarize will also have a visible presence at Cleaner, Greener Quincy, in early May, and hopes to sponsor a contingent in the Flag Day parade.


“If you have a good site and a newer roof, and you want a lower electric bill,” McWilliams says, “there has never been a better time to go solar in Quincy,”
For more information or to sign up to have your house or building assessed, go to http://SolarizeQuincy.weebly.com/