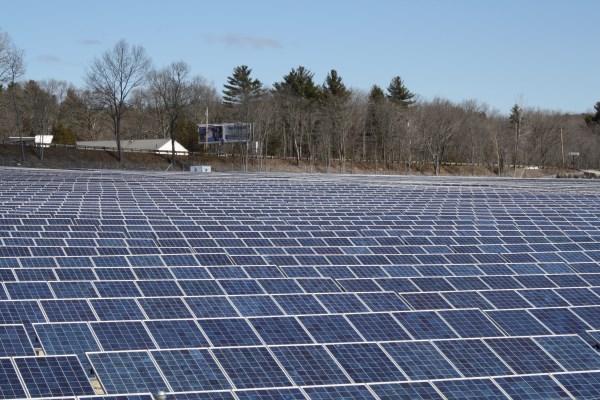 From the Berkshires to Cape Cod, up and down the Pioneer Valley, and everywhere in between, projects that produce clean solar power for communities, save money for taxpayers and create thousands of high-paying jobs are ready to go but are facing frustrating delays.

What's holding these projects up? A state-imposed limit on the amount of solar energy that can be developed in Massachusetts.

This limit comes at a crucial juncture for our Commonwealth's economy. Statewide, the clean energy sector has created nearly 100,000 jobs at over 6,000 companies, a growth rate of 64 percent since 2010. These are very good jobs, with nearly three-quarters paying more than $50,000 per year.

And Western Massachusetts, in particular, is well-positioned to benefit from this fast-growing industry: our region has the state's highest density of clean energy employment.
The solar industry's rapid growth is also giving local governments new, innovative ways to save taxpayer money.

Solar power will save East Longmeadow $125,000 on annual utility bills. Savings generated by Ludlow's solar field are estimated at $100,000 to $140,000 per year. Leaders in Hampden are looking for ways to turn a town landfill into a solar field.

There are examples like this across Massachusetts. These savings can be used to put more teachers in our schools, more police officers on our streets, and more money back into taxpayers' pockets.

Private businesses are also benefiting from the solar and clean energy renaissance. As just one of many examples, the Sullivan Paper Company, which employs more than 150 people in the Springfield area, is working to install solar panels at their East Longmeadow factory to save on energy costs. And they're not alone: businesses across the Commonwealth are looking to do the same.

All this progress is at risk unless the legislature lifts the cap on net metering, or the practice of allowing businesses, cities and towns to collect solar energy and sell it back to utility companies. This limit is forcing job-creating projects like Sullivan Paper's – and nearly 500 others across Massachusetts – into limbo.

That's why I voted last July on a successful, bipartisan bill sponsored by my Western Massachusetts colleague Senator Ben Downing to lift the net metering cap. I voted again, in November, on a compromise measure that will go a long way to help more cities and businesses save money through solar technology. Negotiators from the House and Senate are now working on a final version, and I'm optimistic it will raise the cap and continue our state's leadership in clean energy.

For generations, the Pioneer Valley has been at the cutting edge of industrial change. Just as Springfield led the way in the 20th Century with the first gas-powered automobile, in the 21st Century we can lead the way as a center for clean technology and all the savings that come with it.

Sen. Eric Lesser represents the First Hampden & Hampshire District, and is a member of the Legislature's Joint Committee on Economic Development and Emerging Technologies.