You are here: Home » Solarize Upton 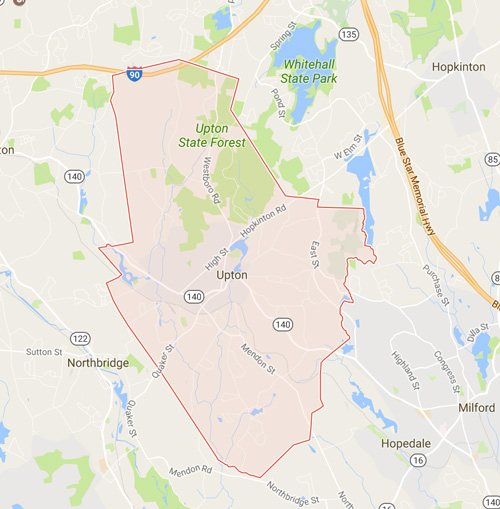 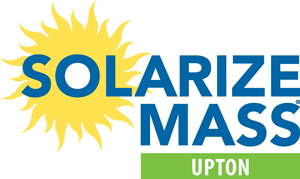 This program has ended - please contact us for current information.


Now in its fourth year, Solarize Mass, a partnership between the Massachusetts Clean Energy Center (MassCEC), the Green Communities Division of the Massachusetts Department of Energy Resources (DOER) and cities and towns across the commonwealth, has led to more than 2,400 residents and business owners signing contracts for small-scale solar electricity systems, while speaking with thousands more about the economic and environmental benefits of solar electricity, energy efficiency and other clean energy technologies.

To lock in program benefits, home and business owners must sign a contract with their community's designated solar installer by May 31, 2017.


How it works
The Solarize Mass program looks to increase the adoption of small-scale solar electricity systems through a grassroots educational campaign, driven mainly by local volunteers, and low base pricing, typically resulting in a 25%-30% savings. SolarFlair Energy is working in conjunction with the Upton Green Committee and the MassCEC to implement the Solarize Upton program.

After thorough review by the State, and interviews with multiple installers both local and nationwide, each participating community selects a designated solar installation company. Upton has selected SolarFlair, because of our experience in the Solarize programs since 2012 and the low base pricing that we offer.

Home and business owners who want to participate can either purchase the solar electricity systems directly or enter into a lease or power purchase agreement (PPA) with the installer. Under a lease or PPA, a third party financier will own, operate and maintain the system, while the home or business owner agrees to purchase the power generated by the system at an agreed-upon rate.

The 2011, 2012 and 2013 Solarize Mass programs resulted in more than 10,000 individuals expressing interest in pursuing solar electricity. Over 2,400 residents and business owners in the 46 communities signed contracts to install over 16 megawatts of solar electricity. In addition, the number of small-scale solar electricity projects in almost every community doubled as a result of the program.

Use the form below to sign-up for a free site assessment!

We look forward to meeting with you to discuss the solar opportunity at your home.

SolarFlair’s sales associates will work with you to design the most efficient, aesthetically pleasing system possible for your home.